While earthing, as a concept, gained its acceptance across India, a key component of the earthing system, soil resistance seems to be ignored by experts and citizens. While the IS 3043 (1987): Code of the practice of Earthing mentions the guidelines stressing the need for 3 meters as standard.

However, the guidelines clearly state, the numbers of rods or pipes may be connected in parallel and the width of the electrode can be increased to ensure the safety of a building, the personnel, and equipment present in it.

Indeed, earthing offers one safety, but what are the factors that allow Earthing to be effective in providing your facility protection against electrical accidents?

If you are wondering the same, well, here are the key components of Earthing System Design.

Earth Resistivity (ρ): Earth resistance is a term that signifies the resistance measured between two opposite faces of a one-meter cube of the earth which is expressed in the unit of Ω.m.

This is key to understand the resistance of the charging electrode and the depth it must be driven to obtain low ground resistance. It is essential to be noted that the soil resistance on the earth varies widely throughout the world and changes seasonally.

In a nutshell, resistance will affect the number of electrodes required to achieve the desired earth resistance value. Thus, gaining this understanding at the planning stage offers an advantage.

Earth: Where the process of the earth is supposed to be performed, soil appropriate location is selected to determine the structure, type, depth, and resistivity of each layer of the soil.

Earth Electrode is a metal conductor or interconnected metal conductors system which are buried into the earth. The prime function of an earth electrode is the protection of persons. That’s it. It is a fact that we live on Earth! And it is vital to earth exposed metal parts of electrical equipment to avoid electrocution by indirect contact should an insulation fault occur.

Earthing Resistance: Even though soil holds importance, it is not an ideal conductor of electricity, thus, there is always the resistance value between the earth electrode and “real ground”. Known as the Earth Resistance of an electrode, this resistance depends on soil resistivity, the type, and size of the electrode, and the depth to which it is buried.

Why Do I Need Earthing System Design?

First, Protection Against the Electrical Risks

How can earthing help with electrical risks? Well, the system is designed to limit the touches and step voltages to a safe value. Thus, this assures the safety of the person in the vicinity of grounded facilities against critical electric shock in case ground faults occur in substations or generating stations

Another key benefit that safe earthing system design allows is the limitation of electromagnetic disturbances. Equipping your facility with the safety of personnel and equipment, good power quality, and continuity of electrical equipment by limiting the overvoltages that can appear under extreme operating conditions or in case of an accident

As the proverb goes, caution is the parent of safety, a earthing safety design will allow these devices protection by ensuring early detection of faults on ground level and disconnection of those zones of the electrical installation where faults occur

As it provides means to carry electric currents into the earth under normal and fault conditions, without exceeding any operating and equipment limits.

Earthing is one of the key protection you can provide to your building and insulation against lightning. Requirement of Wood as Charcoal in Conventional Earthing 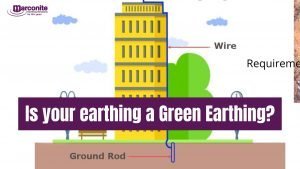 Is Your Earthing a Green Earthing? 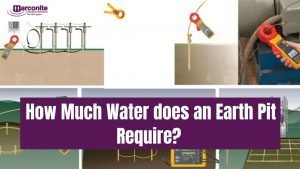 How Much Water does an Earth Pit Require?

Intertech’s cutting-edge qualitative services have developed trustworthiness & goodwill among its clients. Marconite earthing solutions are developed to cater to… 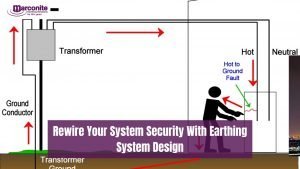